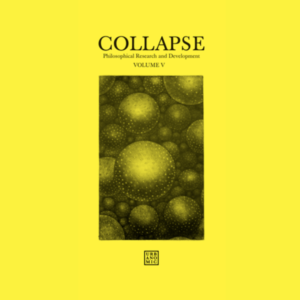 Metzinger offers a profoundly important contemporary philosophical expression of the view that our world is "a world without objects or selves" - a conclusion that Chandrakirti also reaches in the Madhyamakavatara where he refutes the true existence of the self of phenomena (see Weeks 3 and 4) and the self of the person (see Week 5). Ever since ➜Heraclitus famously said "No man ever steps in the same river twice", some philosophers have mistakenly assumed that the lack of true existence of self-as-object can be understood as the existence of self-as-process. Many of us might intuitively (and wrongly) understand Buddhism to be setting out a ➜"process ontology" in just this way, namely that the "self" does not truly exist in the sense of being independent and unfabricated (our ego-clinging notwithstanding), but it does exist as a changing yet nevertheless conventionally identifiable process - much like Heraclitus' river. However this is still an extreme view and, like Chandrakirti, Metzinger rejects this view:

My perception is that some who now jump onto the ‘self-as-process’ reading (which I offered myself in the very first paragraph of Being No One) perhaps only do so because this wording has a trendy ‘narrative’ ring to it [...] But there is no narrator, just selfless dynamical self-organization, and if the self is a process, then the least we must admit is that it is a very intermittent, patchy one – it comes to an end every night, in dreamless deep sleep. And waking up is obviously not performed by some transcendental technician of subjectivity pushing a magical reboot button in our brain – there is no subpersonal ‘narrator’ or ‘author’ piloting the conscious self. But it is also true that we do need good, modern neurophenomenology providing us with new conceptual instruments; a phenomenology that is not driven solely by ideological anti-reductionist resentment, but one that is at once historically and empirically well-informed. This is an extremely demanding challenge.

In much the same way that Madhyamaka philosophers seek to establish the view of the Middle Way (Dharmakaya or ultimate bodhicitta) to support a path based on compassion (Rupakaya or relative bodhicitta), Metzinger sees the need for a view grounded in contemporary analytical philosophy to underpin a "sincere sensitivity to ethical issues, a commitment to liberalism and democracy". And like the Madhyamaka philosophers, he wishes to avoid the extremes of nihilism ("vulgar forms of materialism") and eternalism ("irrationalism and fundamentalism"):

A sincere sensitivity to ethical issues, a commitment to liberalism and democracy – if taken seriously – are very radical affairs, not something old-fashioned, and if philosophical conservatism (you may be disappointed to hear) means keeping such sociocultural interest alive then we certainly need good, professional, analytical philosophy to do this. The overall situation on our planet reminds me of one big ocean of irrationality, suffering and confusion – if more conservative philosophy’s ‘complicity’ with certain social institutions can help at least a little bit to improve our situation, then this is a good thing.

I think, taken as a whole, humankind will prove to be absolutely robust in its resistance against the growth of knowledge, against what I sometimes like to call the ‘Enlightenment 2.0’ introduced by modern philosophy of mind and cognitive neuroscience, AI and AL, etc. There may be some rare individuals or even groups who find an interesting new synthesis of intellectual honesty and spirituality. But on a larger scale I believe two types of reactions are most likely to spread: A primitive form of hedonism, based on vulgar forms of materialism and a cynical, simplistic version of normative neuroanthropology; and the rise of irrationalism and fundamentalism, even in secular societies, supported by all those who desperately seek emotional security and espouse closed worldviews, simply because they cannot bear the naturalistic turn in the image of humankind. Both types of reaction are deeply human, and obviously, both are a danger to the very few stable, open societies we have established on this planet so far.

As we have seen in previous weeks, the Madhyamaka classifies ignorance into two kinds: innate ignorance and imputed ignorance. Innate or co-emergent ignorance refers to the basic fixation on the thought of “I” shared by all sentient beings, whereas imputed ignorance includes all the dualistic theories, concepts and narratives of self that all too easily take root in the fertile soil of innate ignorance. As Tulku Urgyen Rinpoche says, "Co-emergent ignorance is simply to forget. Conceptual ignorance comes in the moment after forgetting, forming thought after thought." Contemporary philosophers of mind like Metzinger and Daniel Dennett see a similar challenge originating in our "folk psychology" and its associated "folk epistemology":

Folk psychology is not only a theory, but also a practice. […] The ‘manifest image’ is anchored in the phenomenal model of reality that evolved in our brains over millions of years, and it will certainly prove to be quite robust, at least in its transparent sensory and motor partitions. Social emotions and the opaque cognitive layers in our self-model, however, may prove to be more sensitive to a new cultural context. Actually folk psychology – understood as a pre-theoretical set of conceptual assumptions about reality – has already been completely demolished, just like folk physics. What will prove to be more robust is the pre-linguistic phenomenal model of reality anchored in our brains. And, functionally speaking, this is predominantly what drives our behaviour. There is a deeper aspect to your question, however: it pertains to the ‘self-as-epistemic-subject’. What many do not see is that there is also a sort of ‘folk epistemology’ –a deeply engrained, naturally evolved set of assumptions about what it means to know, what certainty is, how we mentally represent the world. If cognitive neuroscience also dissolves our traditional ideas about what a knowing self– an ‘epistemic agent’ – is, then this might also eventually have interesting consequences for the theory of science and philosophical epistemology.

Like Chandrakirti, Metzinger concludes that it is possible to have "selfless persons" - which corresponds to the Buddhist Two Truths that ultimately there is no self (i.e. "selfless") while conventionally we can live as 'good' members of society (i.e. "persons") - although he cautions that we shouldn't fool ourselves about how easy this will be in practice:

Persons are not something we find out there, in objective reality. Persons are constituted in societies – through mutual acts of, say, acknowledging each other as rational and morally sensitive individuals. There can be selfless persons. Selfless individuals could certainly acknowledge each other as rational, and agree on a basic political and moral consensus. The problem is rather that we may turn out to be less rational than we thought, and less self-determining (whatever this might mean exactly) than our own previous anthropological self-idealizations have encouraged us to believe. My point is that (if this unargued empirical speculation turns out to be true) it would be irrational as well as unethical in itself if we didn’t take such new empirical insights into account. But will we be rational and ethical enough to let new data about the evolutionary history and the neural underpinnings of rational thought and moral cognition themselves influence decision-making, say, in pedagogy or politics?

In summary, this is a profoundly important article that can help us relate our Madhyamaka-derived insights about the emptiness of self to contemporary analytical philosophy and cognitive science. It also has deeply relevant insights about how might live in the world as a 'selfless person', our topic in Week 8.

4 thoughts on “Madhyamaka and Metzinger’s ‘Enlightenment 2.0’”