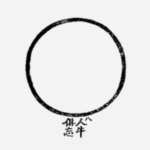 Questions: How is emptiness understood in the Mahayana? What is the emptiness of emptiness? How can we practice nonduality? 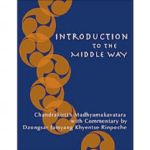 An introductory article about the Heart Sutra, taken from Karl Brunnhölzl's book The Heart Attack Sutra, which gives an overview of the meaning and history of the Heart Sutra, and also locates it in the 'crazy wisdom' tradition of Buddhist teachings:

One thing we can safely say about the Heart Sutra is that it is completely crazy. If we read it, it does not make any sense. Well, maybe the beginning and end make sense, but everything in the middle sounds like a sophisticated form of nonsense, which can be said to be the basic feature of the Prajñaparamita Sutras in general. If we like the word “no,” we might like the sutra because that is the main word it uses—no this, no that, no everything. We could also say that it is a sutra about wisdom, but it is a sutra about crazy wisdom. When we read it, it sounds nuts, but that is actually where the wisdom part comes in. What the Heart Sutra (like all Prajñaparamita Sutras) does is to cut through, deconstruct, and demolish all our usual conceptual frameworks, all our rigid ideas, all our belief systems, all our reference points, including any with regard to our spiritual path. It does so on a very fundamental level, not just in terms of thinking and concepts, but also in terms of our perception, how we see the world, how we hear, how we smell, taste, touch, how we regard and emotionally react to ourselves and others, and so on. This sutra pulls the rug out from underneath our feet and does not leave anything intact that we can think of, nor even a lot of things that we cannot think of. This is called “crazy wisdom.” 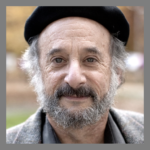 A lovely reflection on the emptiness of emptiness, noting in particular that the paradox of the Middle Way isn't the same thing as incoherence:

This doctrine of the emptiness of emptiness is one of Nagarjuna’s most profound innovations. It is what ensures that emptiness does not amount to an absolute reality beyond a veil of illusion, but simply the fact that everything, itself included, exists interdependently, conventionally, impermanently. Madhyamaka thus constitutes an effort to escape both the horns of realism and of nihilism in forging its middle path.

On the other hand, this does involve real paradox, and this paradox was evident from the very earliest strata of the Prajñaparamita sutras, articulated clearly both in the Astahashrika-prajñaparamita sutra (The Perfection of Wisdom Discourse in 8,000 Verses) and in the Vajrachedika (Diamond Cutter). As Garfield and Priest (2003) have argued, emptiness is both the absence of intrinsic nature, and the intrinsic nature of all things, since anything, in virtue of existing at all, is empty of intrinsic nature. As the Astahashrika puts it, “all things have one nature—that is, no nature.”

Paradox, however, does not entail incoherence, and Nagarjuna, like many Buddhist philosophers in subsequent generations, notes that reality is in fact profoundly paradoxical. Consider the following remarks from Mulamadhyamakakarika XIII:

[MMK 13.8] The victorious ones have said
That emptiness is the elimination of all views.
Anyone for whom emptiness is a view
Is incorrigible.

The reificationist with regard to causation argues that the regularities we observe in nature are to be explained by a fundamental causal power that causes have to bring about their effects — a necessary connection. The nihilist argues that because we can have no clear idea of such a causal power or natural necessity, causal explanation is impossible. The skeptical solution to the problem thus posed regarding the possibility of scientific explanation — as Hume, Wittgenstein, Nagarjuna, and Chandrakirti argue — is, rather than to understand regularity as vouchsafed by causation, to understand causal explanation as grounded in regularities.

And in a wonderful point about the essential conventional nature of all linguistic, descriptive (and one might add cognitive) boundaries in relative truth, he very much prefigures contemporary theories of complex adaptive systems and theoretical ecology:

Though Hume and Sextus are less explicit on this point, Nagarjuna, Chandrakirti, and Tsongkhapa emphasize — and Hume and Sextus would undoubtedly agree — social convention is also hard at work in skeptical reconstructions of discourse about the existence of physical objects and causation. For the boundaries of physical objects are not given by nature, nor are the classes of events that count as “of the same type” that underlie the generalizations that vouchsafe the attributions of explanatory significance involving words like “because.” The canonizations of sortals and of object-boundaries drawn in space, time, and composition require social and linguistic conventions.

He situates Madhyamaka alongside the skeptical tradition in western philosophy, and ends up concluding, along with Nagarjuna, that the right view is to have no view:

The ills that skepticism aims to cure are philosophical ills — specifically metaphysical and epistemological ills characterized by the obsessive search for epistemologically or ontologically primitive foundations for knowledge, meaning, explanation, or morality that undergird our collective epistemic, linguistic, scientific, and moral practices [...] when the poison is purged, the inquiry is no longer necessary. The inquiry does not involve adopting one or the other of the disputing dogmatic positions, but rather involves making peace by rejecting both — and not in favour of a third dogmatism, but rather in favour of not seeking the chimerical foundations that get the dispute going in the first place. 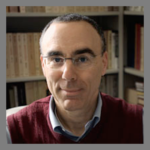 [Published as Chapter 8 in Kieschnick, John and Shahar, Meir (eds.) India in the Chinese imagination, pp. 141-170]

We know that in the ultimate truth all phenomena are beyond the extremes of existence, non-existence, both or neither. But is there a "real" difference between sentient beings and insentient phenomena such as trees or rocks?

Does the distinction we make between “animate” and “inanimate” correspond to an objective fact—something “out there” in the natural world? Or is it merely epiphenomenal, a somewhat accidental by-product of our cognitive evolution? The tendency, I believe, is to assume that our agency-detection circuit affords us a selective advantage precisely because it attunes us to a natural state of affairs. But the relationship between our percepts and what exists in the noumenal world is, as philosophers since the “axial age” have pointed out, a complex one, and there is reason to suspect that our perception of agency may be epiphenomenal in the same sense that our perception of colour or taste or sound is epiphenomenal. That is to say, the relationship between the experience of “red” or “bitter” or “euphonious” on the one hand, and the physical and biological conditions that occasion such experiences on the other, is not mimetic in any simple sense; qualia such as “red” and “bitter” and “euphonious” do not inhere in the physical, mind-independent world. In the same way, our visceral apprehension of things as animate or inanimate may have survival value for our species, and it may remain essential to our interactions as social animals, but this does not in itself warrant the distinction as an inherent property of the world.