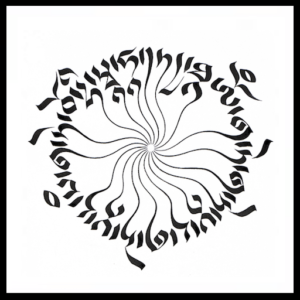 Described by Dzongsar Jamyang Khyentse Rinpoche as "the head, heart, soul and spine of Mahayana Buddhism," the Heart Sutra is perhaps the most popular Buddhist text in East Asia. Rinpoche suggests it is auspicious to chant the Heart Sutra daily, especially while studying Madhyamaka. The translation by the Nalanda Translation Committee is below

Note: Please see also the teaching on the Heart Sutra given by Dzongsar Jamyang Khyentse Rinpoche on Saga Dawa, June 5, 2020.

THE SUTRA OF THE HEART OF TRANSCENDENT KNOWLEDGE

Thus have I heard

Once the Blessed One was dwelling in Rajagriha at Vulture Peak mountain, together with a great gathering of the sangha of monks and a great gathering of the sangha of bodhisattvas. At that time the Blessed One entered the samadhi that expresses the dharma called profound illumination, and at the same time noble Avalokiteshvara, the bodhisattva mahasattva, while practicing the profound prajñaparamita, saw in this way: he saw the five skandhas to be empty of nature.

Then, through the power of the Buddha, venerable Shariputra said to noble Avalokiteshvara, the bodhisattva mahasattva, "How should a son or daughter of noble family train, who wishes to practice the profound prajñaparamita?"

Addressed in this way, noble Avalokiteshvara, the bodhisattva mahasattva said to venerable Shariputra, "O, Shariputra, a son or daughter of noble family who wishes to practice the profound prajñaparamita should see in this way: seeing the five skandhas to be empty of nature. Form is emptiness; emptiness also is form. Emptiness is no other than form; form is no other than emptiness. In the same way, feeling, perception, formation, and consciousness are emptiness. Thus, Shariputra, all dharmas are emptiness. There are no characteristics. There is no birth and no cessation. There is no impurity and no purity. There is no decrease and no increase. Therefore, Shariputra, in emptiness, there is no form, no feeling, no perception, no formation, no consciousness; no eye, no ear, no nose, no tongue, no body, no mind; no appearance, no sound, no smell, no taste, no touch, no dharmas; no eye dhatu up to no mind dhatu, no dhatu of dharmas, no mind consciousness dhatu; no ignorance, no end of ignorance up to no old age and death, no end of old age and death; no suffering, no origin of suffering, no cessation of suffering, no path, no wisdom, no attainment, and no non-attainment. Therefore, Shariputra, since the bodhisattvas have no attainment, they abide by means of prajñaparamita. Since there is no obscuration of mind, there is no fear. They transcend falsity and attain complete nirvana. All the buddhas of the three times, by means of prajñaparamita, fully awaken to unsurpassable, true, complete enlightenment. Therefore, the great mantra of prajñaparamita, the mantra of great insight, the unsurpassed mantra, the unequalled mantra, the mantra that calms all suffering, should be known as truth, since there is no deception. The prajñaparamita mantra is said in this way:

Thus, Shariputra, the bodhisattva mahasattva should train in the profound prajñaparamita."

When the Blessed One had said this, venerable Shariputra and noble Avalokiteshvara, the bodhisattva mahasattva, that whole assembly and the world with its gods, humans, asuras, and gandharvas rejoiced and praised the words of the Blessed One.

Translated into English by the Nalanda Translation Committee, with reference to several Sanskrit editions.

© 1975, 1980 Nalanda Translation Committee. All rights reserved. PDF available for download for personal use.